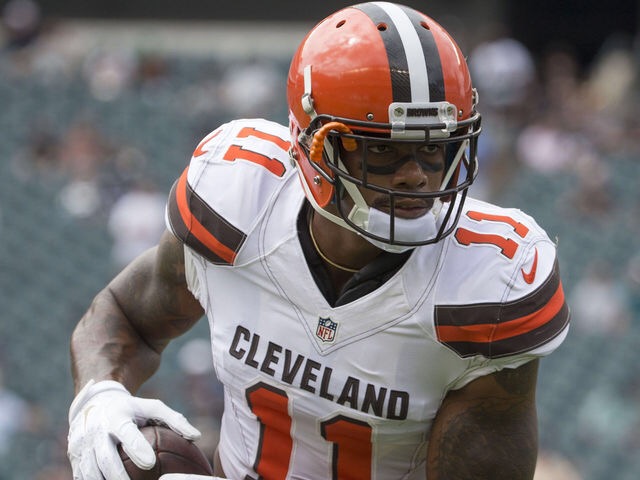 With NFL free agency set to begin on Thursday at 4 p.m. the Cleveland Browns still have one of their best offensive weapons about to set the market in wide receiver Terrelle Pryor.

The Browns, rather than bid against themselves, are looking to allow the market to set Pryor’s value. It’s a dangerous move for a 1-15 football team who has struggled to keep talent in the past, but it also is something many teams such as the Patriots tend to do. While it works out for the best in New England, if Pryor walks it could be another black eye for the fledgling orange and Brown and another kick in the teeth to the teams overly loyal fan base.

There are at least five teams very interested in Pryor, led by the Philadelphia Eagles, who would welcome the 6’4″ former quarterback with welcome arms.

Will it work out for Cleveland? Only time will tell.