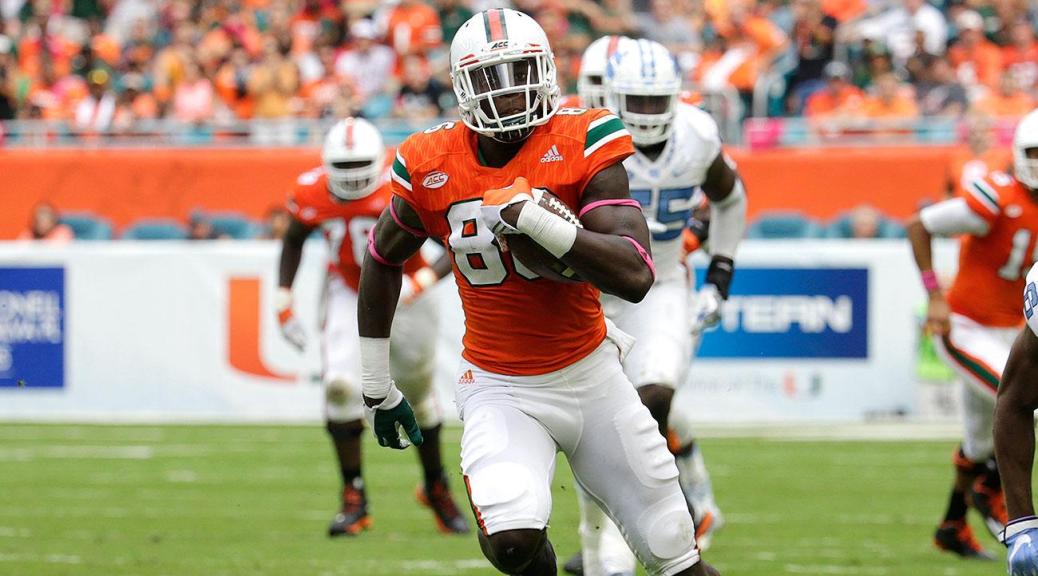 With the pick the Browns selected athletic tight end David Njoku from the University of Miami. More of receiver than a blocker, Njoku is an athletic freak at 6’4″ and 246 pounds. He has the ability to find the soft spot in the zone and creates great separation. He has improved as a blocker but still struggles while working as an inline tight end.

The Browns next pick will be at 52nd overall.