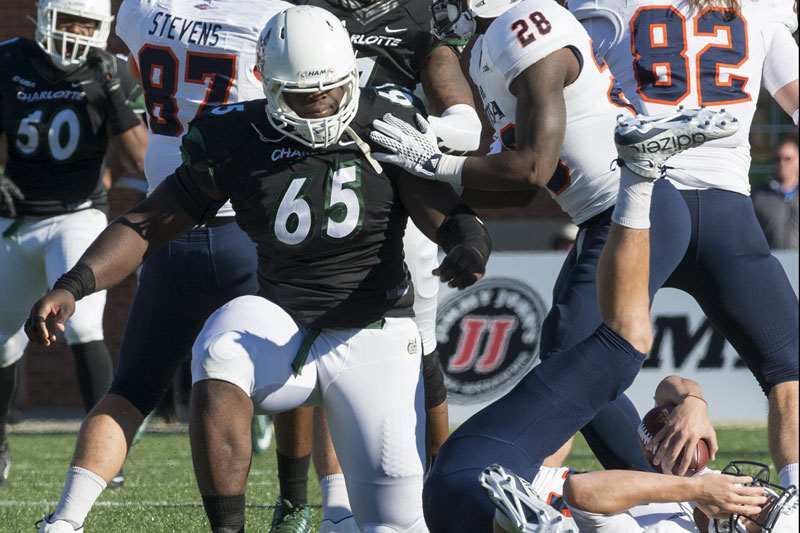 The Cleveland Browns selected Charlotte defensive tackle Larry Ogunjobi with the first pick in the third round, 65th overall, in the 2017 NFL Draft.

The senior interior lineman is 6’3″ and 305 pounds and very athletic for a man his size. He had 13.0 career sacks in his career and showed that he can not only get to the passer but also set the edge in the run game. He plays with a low center of gravity and has great hands. He will be thrown into the mix on a deep defensive line squad and could start between Danny Shelton and Myles Garrett.

The son of Nigerian immigrants, Ogunjobi did not start playing football until his sophomore year of high school.

Cleveland does not have anymore picks on day two of the draft, they will not pick again until the 5th round (145 overall).