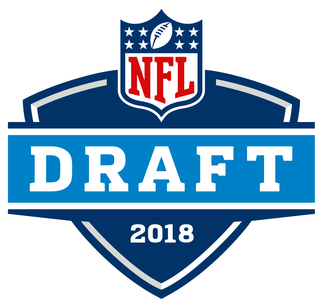 Barkley was the biggest winner at the underwear Olympics known as the NFL Scouting Combine. His size, speed, and athleticism are all top-notch. His tape is also top notch in most areas.

While there may be no such thing as a perfect prospect, Barkley looks as close as they come. He is a big, strong, shifty back, with great lateral explosion. As good as he is in the run game, he is just as good out of the backfield in the passing game.

I like Barkley, and I do think he is worthy of a top 10 pick, but he does have some downside that is rarely mentioned. He forces the issue when bottled up and tries to make big plays rather than take what is given to him, causing a lot of negative gains and a lot of his frustration shows during games. He also is more shifty than he is strong in the tackle. He plays like a smaller back. Was that part of his need to dominate at Penn St. in order to give them a great chance every week or is that part of his downfall as an NFL player? We will find out in 2018

Guice is a monster when healthy. He struggled with injuries in 2017, but in 2016 he showed an amazing blend of power, speed, balance, and vision. In my opinion, he is every bit as good as Barkley.

As patient a runner in college as you’ll see, Guice has a great ability to let his blocks set up before hitting the hole. At times he does need to be more decisive in hitting hole as he can be a little too patient. He is also very underrated as a pass catcher because he was not asked to do that much at LSU.

Guice does not get all of the recognition that Barkley does but do not be surprised to see him find success sooner in the NFL than his draftmate.

Jones is a slasher. He hits holes and goes. He also fights for yards like someone who is bigger and heavier than he is.

He has a narrow frame that could cause him issues at the next level, but he has shown the ability to take a beating and keep on going, as he took on a big load during his career at USC. Jones is a more than capable pass catcher and is also a very willing pass blocker, two things that will help him at the next level.

If Jones can stay healthy and learn to trust his instincts and vision he can be a solid pro for a long time.

Chubb is a solid one-cut runner who stays low and shows great balance. He has a quick feet and very good vision that allows him to get to the edge of the defense and to also hit the hole when working inside.

The biggest downside with Chubb is his lack of top end speed that is due in part to his 2015 knee injury. After struggling in 2016, Chubb showed he was much healthier in 2017 as he ran for more than 1300 yards.

Chubb may end up being a two down back in the NFL, but if 2017 was any indication about where he is headed, he could also be a steal in a deep running back class.

Michel is a north-south runner. He is what he is. He is a guy who will hit the hole and go, not going to be someone you see dance around in the backfield.

The lightning to Nick Chubb’s thunder in the Georgia backfield is a strong zone runner and has flashes of great burst as many of his touchdowns this past season went for 15 yards or more. Michel also possesses great lower body strength which when mixed with his desire to block, makes him an above average blocker in the backfield.

At times Michel misses the hole if it does not open immediately for him and does not look like the most agile runner on tape.