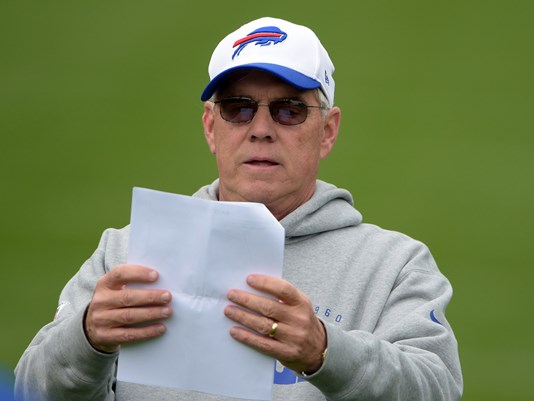 The Cleveland Browns search for a quarterback coach came to an end on Wednesday when the team hired former Buffalo Bills quarterbacks coach David Lee to the same position.

Lee will step in to the spot that was briefly held by tight ends coach Greg Seamon, who coached quarterbacks at the Senior Bowl , after Pep Hamilton left the team to head back to college as an offensive assistant for the Michigan Wolverines.

Before working in Buffalo, Lee also worked with Rex Ryan in New York as the Jets QB coach for two seasons. He has worked in both the NFL and the college ranks in various offensive positions during a career that has spanned nearly four decades.

The addition of Lee from Buffalo will only fuel the fire of Bills quarterback Tyrod Taylor coming to the shored of Lake Erie, if the team decides to release him before guaranteeing $30 million on his contract.