Houston— The Pro Football Hall of Fame’s selection committee met in Houston on the eve of Super Bowl LI to induct the newest class into the sports most prestigious club.

The 2017 class welcomes seven new names to Canton this summer on August 5.

The inductees are as follows:

Houston— The eve of the Super Bowl is when the NFL is at their finest during the NFL Honors celebration where the league announces award winners, as well as the newest Hall of Fame class headed to Canton in the summer.

This seasons awards show was hosted by Keegan-Michael Key. The NFL awards for excellence were mostly taken by the Atlanta Falcons and the Dallas Cowboys, while the New England Patriots seemed to have been somewhat snubbed.

The winners are as follows: 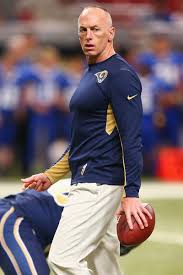 Berea— According to reports, the Cleveland Browns have interviewed former NFL quarterback Jeff Garcia for the job as their quarterbacks coach.

The Browns moved tight ends coach Greg Seamon to QB coach for the Senior Bowl last week, but there is no guarantee he will stay there. Head coach Hue Jackson has said that he is unsure whether he will hire a replacement for Pep Hamilton, who left following the season to take a job with the Michigan Wolverines.

Garcia, who played for the Browns in 2004, has one year of coaching experience in the CFL and also served as an offensive assistant for the Rams in 2015.

*This is the first part of a 10 part series where we will take a look at the Cleveland Browns options for the elusive quarterback of the future.

Weaknesses: Velocity is not elite, but good enough…needs to continue to improve his decision making…deep ball accuracy issues…has tendency to go side arm at times…will take time to develop…holds the ball to long and needs to develop a better internal clock…gets happy feet when faced with pressure and does not show great form when forced to improvise…

Summary: When I wrote the original scouting report on Garoppolo in 2014, I saw him as a late second to early third round quarterback who would be an NFL starter if given the time to develop. After sitting behind Brady and working with Bill Belichick and Josh McDaniels over the past three seasons, he has been given the proper time to develop and has been taught by some of the best ever. If Garoppolo was in the 2017 draft with his current skill set, shown in minimal NFL playing time, I truly believe he would he would be a first round pick.

Up next: Bengals QB A.J. McCarron

The hiring of Williams marks the end to the second, very short, tour of duty for outgoing Browns defensive coordinator Ray Horton. Horton has now been fired by the Browns twice in four seasons, both times after one season.

Williams, who was fired after the season by LA, led a defense with the Rams that was ranked ninth in yards and 23rd in points allowed. The Browns defense, filled with youth, finished the 2016 season giving up the third most yards and second most points in the league.

While he is best known for his role in the bounty gate scandal while with the Saints, Williams is a leader of men and expects greatness on the field from his defense.

Browns head coach echoed those sentiments in his first words after the hiring, “We are thrilled that Gregg Williams is joining our staff as defensive coordinator,” Browns head coach Hue Jackson said in a statement. “Gregg has been an outstanding defensive coach in this league for a very long time. His defenses have frequently finished among the top ten in the league. He adapts his scheme to maximize the strengths of his personnel and has always been able to get the most out of his players. We look forward to him coming in, helping our players improve and helping us become the winning team we are all working towards.”

Earlier today, reports came out that the Browns have a very real interest in trading for Patriots quarterback Jimmy Garoppolo. The 6’3″, 25 year-old, backup to Tom Brady is one of the more attractive options that could be available this offseason, so it should come as no surprise that the quarterback starved Browns would have an interest. However, in late January, with only rookie Cody Kessler, the ghost of RGIII, and veteran journeyman Josh McCown on the roster, expect the Browns to show interest in any and all available quarterbacks. In fact, don’t be surprised if they end up trading for a signal caller AND drafting one in April in the 2017 NFL Draft.

Armed with 5 picks in the top 65, the Browns will have plenty of options available to them to make moves as they attempt to find the guy who will lead this team into the future. In the coming months, you will hear the names Mitch Trubisky, Deshaun Watson, DeShone Kizer, Patrick Mahomes, and possibly Brad Kaaya in the NFL Draft and Garoppolo, AJ McCarron, as well as many others linked to the Browns.

If you are a fan of the Browns, as well as a fan of any of these guys, do not get your hopes up to soon. As this point there will be lots of smoke, but don’t expect fire until at least early March. 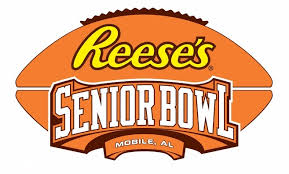 One benefit of coming off a 1-15 season, if there is one, is the fact that the Cleveland Browns coaching staff will have a chance to coach incoming college seniors in the Reese’s Senior Bowl in Mobile, Alabama.

Head coach Hue Jackson and his staff will have hands on interaction with the South roster but also will be able to meet with North roster, something that can reap massive benefits going forward as they attempt to turn around the Browns franchise. With tons of holes on a young roster, the team will be able to select the best player available throughout the draft.

Most of the players in the Senior Bowl will be day two or three picks in the 2017 Draft. Here are ten guys to keep an eye on for the orange and brown.

Kazee plays with a chip on his shoulder and always seems like he has something to prove. This was especially evident in Mobile. He competes and will work as hard as anyone, he also has quick feet and is someone the Browns could take a flyer on in round 4-6.

Melifonwu is a big safety at 6’4″ and 219 pounds. He has very good range in the middle of the field and also has the ability to cover tight ends and big wideouts and cause matchup nightmares with his size. He is one of the guys I cannot wait to see at the scouting combine at the end of February. Expect him to be taken anywhere between rounds 2-4.

Tomlinson looked unblockable at times in the Senior Bowl practices. He is a solid run stuffer and looks to be pro ready. I could see the Browns lining him up next to Danny Shelton in between Emmanuel Ogbah and possibly number one overall pick Myles Garrett to give the orange and brown an exciting young defensive line. He could go anywhere from round three to late in round four in my opinion.

At 6’7″ Pocic is a skyscraper at center, but he is also a very talented guy that could help solidify the interior of the Browns offensive line, where Cam Erving struggled much of the year before being sent to right tackle in the season finale. Pocic has the ability to start day one and could allow the Browns to keep Erving at right tackle. Pocic has the ability to be an early pick but could fall as low as early round 4 due to inconsistencies at times as a Tiger.

At 5’9″ and 170 pounds, Lewis is a bit small to be an outside corner in the NFL, but he has more than enough skills to make up for it. In the mold of Jason Verrett, Lewis can be an outstanding corner in the league and is one of my favorite players in the draft. If it wasn’t for his smaller stature he would be a day one pick in my opinion, but I expect him to go somewhere on day two.